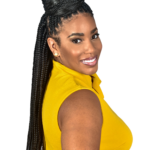 Alexis Nicole White was born in Gary, Indiana, where she lived with her grandparents until kindergarten as both of her parents completed their Bachelor of Science degrees from Purdue University. During this time, she developed a strong sense of creativity. By utilizing her imagination, she created a passion for the arts, such as reading, writing, and acting.

By middle school, she expanded her creative talents by writing books, plays, and even publishing award-winning poems under various pseudonyms. While her parents were supportive of her creative endeavors, her mother enrolled her in the Detroit Area Pre-College Engineering Program (DAPCEP). Unable to relate to the sciences, Alexis would elect to attend the Detroit High School for the Fine and Performing Arts (DSA); until she abruptly relocated back to Indianapolis, Indiana, to participate in a college preparatory program.

While Pike High School forced her to revisit her dislike for science and mathematics, Alexis began to focus on her creative gifts and abilities in the form of journalism. In college, her talents grew into professional journalism with blogging, radio, and television. After being handpicked to participate on national platforms such as CNN, MTV, and other media outlets, she appeared to be on track for landing a journalism career. However, the Great Recession of 2008 met her at graduation. Her inability to land a full-time, permanent position in journalism forced her to seek employment in a different industry.

Following months of continuously interviewing with various companies, Alexis finally accepted a Dish Network position as an entry-level dispatcher. Although this was far from the “big break” she was seeking when relocating to Atlanta from West Lafayette, Indiana, it was pivotal to establish her career. By collaborating with the technical teams, she learned the value of being strategic within a technical environment.

After migrating to Ericsson and joining the Field Service Operations team, Alexis was introduced to Project Management. She began to enrich herself with independent study and to obtain critical nuggets from other seasoned professionals. Although the rigorous process initially intimated her from getting her certification, Alexis never lost sight. Instead, she continued to build her professional skills as she undertook wireless and wireline projects with the LTE upgrade initiative at AT&T. Unfortunately, a year into the project, the project stalled out as the organization underwent a reduction of force due to budget constraints. Devastated that she was laid-off from her ideal job, Alexis decided to revisit her creative roots.

While launching her business, An Executive Solution, Alexis also published her first novel, “The Covered.” It was then that Alexis realized the importance of project management. Although she was spearheading her book’s marketing, she also generated income from small business owners requesting her expertise. She understood entrepreneurs needed consultants to help guide their understanding of best practices when implementing solutions to streamline their processes.

Suddenly, Alexis was approached to facilitate a major telecommunications overhaul for the Indiana State Department of Health. Subsequently, she relocated back to her home state to enhance the agency’s legacy infrastructure and telecommunications systems to a digital platform. Alexis singlehandedly supported the Voice over IP (VoIP) migrations and upgrades for five locations, audiovisual and wireless program. As she supported over 1,000 end-users across 92 counties and generated instant cost-savings for the agency, Alexis grew homesick and decided to relocate back to Atlanta.

Upon relocating, Alexis expanded her skills by joining Whitlock. Serving as a Project Manager, she provided oversight of the installation of audiovisual infrastructure, hardware, and software for enterprise customers. Not only did she support the retrofitting of legacy systems, but she also led new-site builds. Realizing she enjoyed the technical services industry and project management, she transitioned to Peak-Ryzex, Incorporated. At Peak, Alexis continued to expand her technical expertise while deploying digital supply chain and mobile workforce solutions to sustain global operations. She continued to provide leadership to high-profile clients from inception to launch. While engaging in pre-sale activities, Alexis supported cross-functional teams to facilitate the end-to-end deployment of the customer’s project to a steady-state in customer experience.

Presently, Alexis serves as a project management consultant. With over ten years in project management, she provides guidance and counsel on helping businesses undertake achievable goals to actualize project objectives. She is both a Project Management Professional (PMP) and Scrum Master Certified (SMC).

In her spare time, Alexis uses her voice to empower the disenfranchised and promote awareness of various social problems, including emotional abuse. She also advocates for young girls to participate in Science, Technology, Engineering, Arts, and Mathematics (STEAM) based programs and offers her expertise to support other women in technology. She is a Lifetime Member of the Purdue Alumni Association, the Purdue Black Alumni Organization; a member of the International Council of Purdue Women, International society of Black Project Managers, Technology Association of Georgia (TAG), Blacks in Technology (BIT), and Women in Technology (WIT). 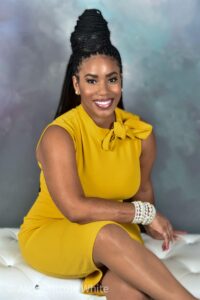 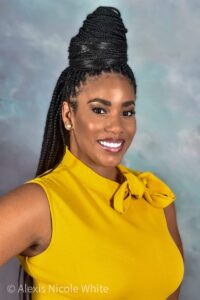 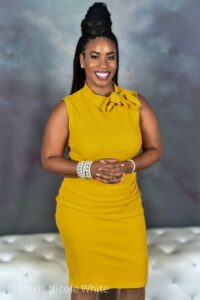